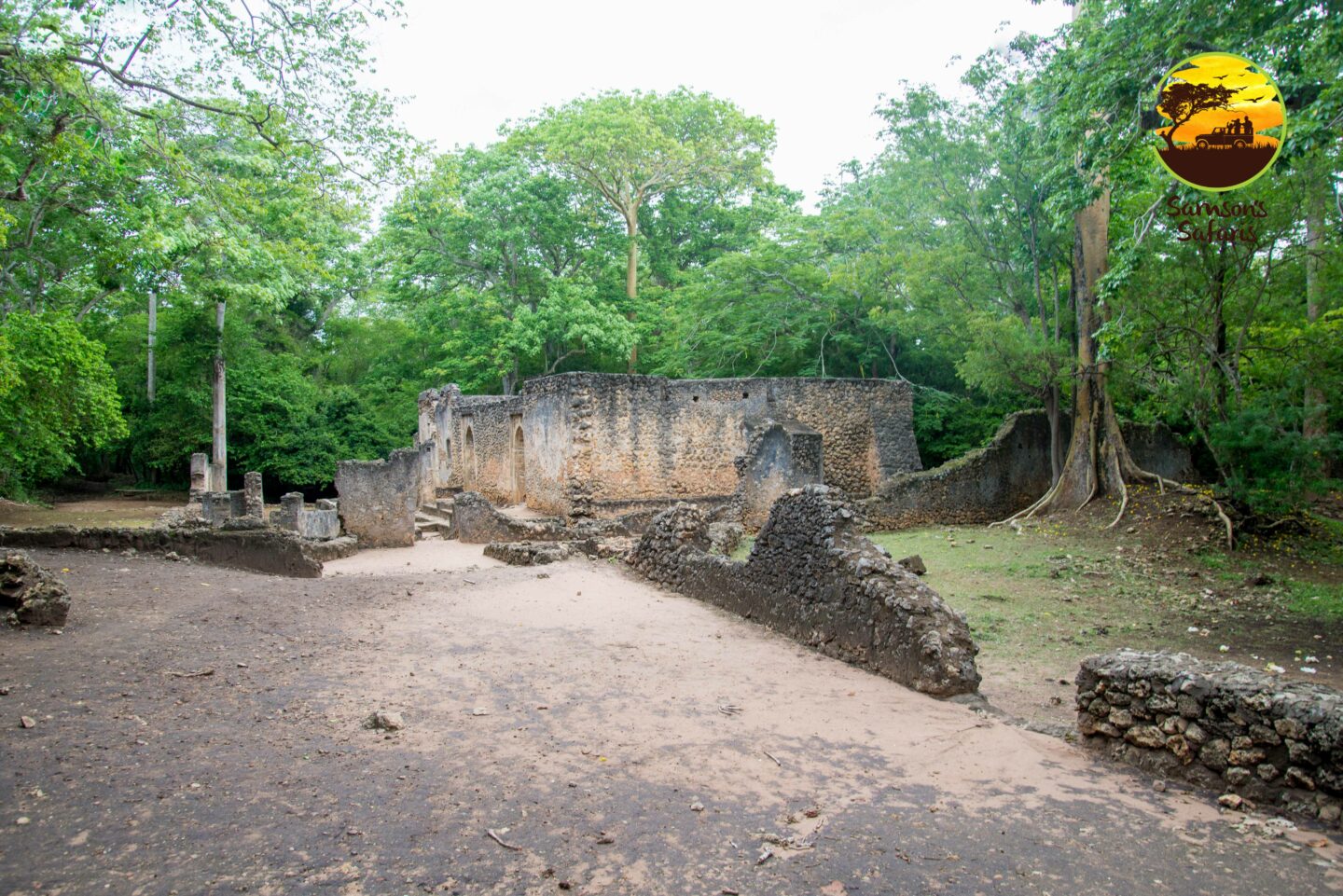 We will pick you up in the morning or afternoon and take you to the Gede ruins for a historic tour.

A guided tour to a local Giriama village where you will be welcomed by local traditional songs and even get a chance to dance, get a closer contact with the people going about their daily lives activities, “African way of life”, visit a local medicine man get to know the various medicinal herbs and charms used for generations.

Proceed into the ruins where you begin by a brief on the history .

The remains of a Swahili town whose origin dates back to the 12th century, Gede historical monument is one of the most popular attractions on Kenya’s coast. The town became wealthy and reached its peak in the 15th century. Visible today are the remains of a magnificent palace, mosques and large houses made from stone and coral reef. Early in the 16th century the town was mysteriously abandoned and is now home to hundreds of guenon monkeys. Under the care of the National Museums of Kenya, it is more than just an important archaeological site. Gede’s indigenous forest is a sacred site for the traditional rituals and sacrifices for the surrounding community.

After a wonderful tour head back to the hotel.