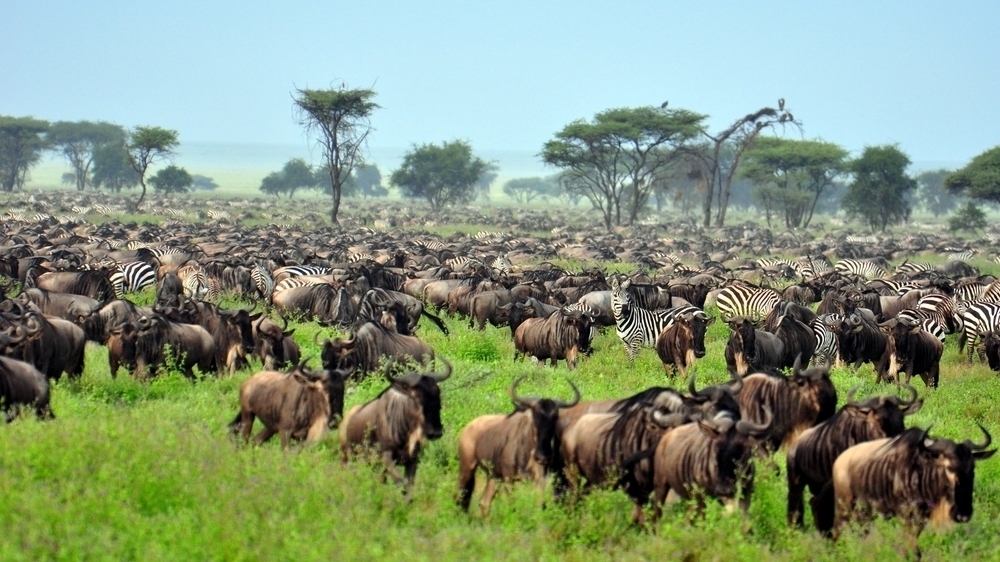 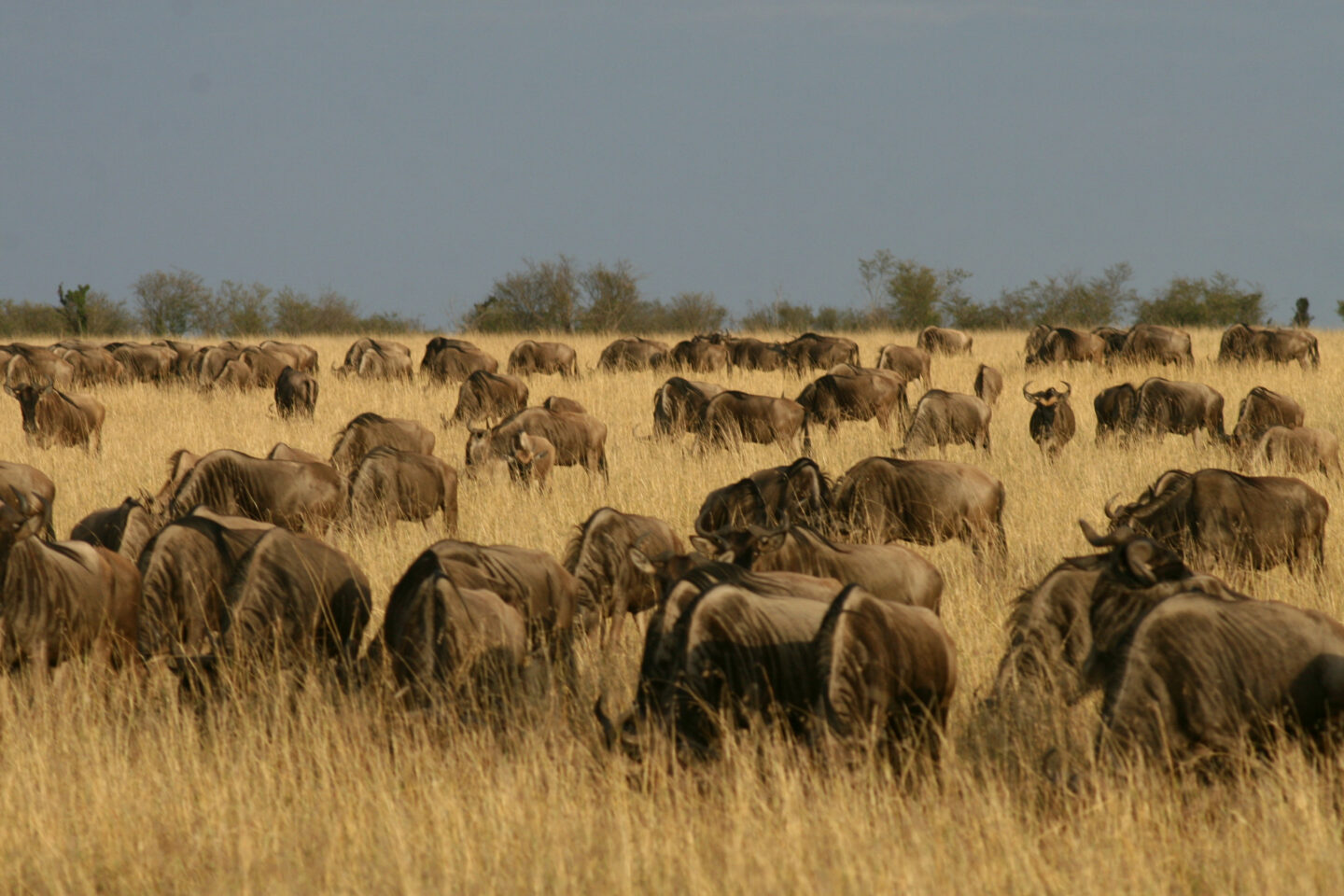 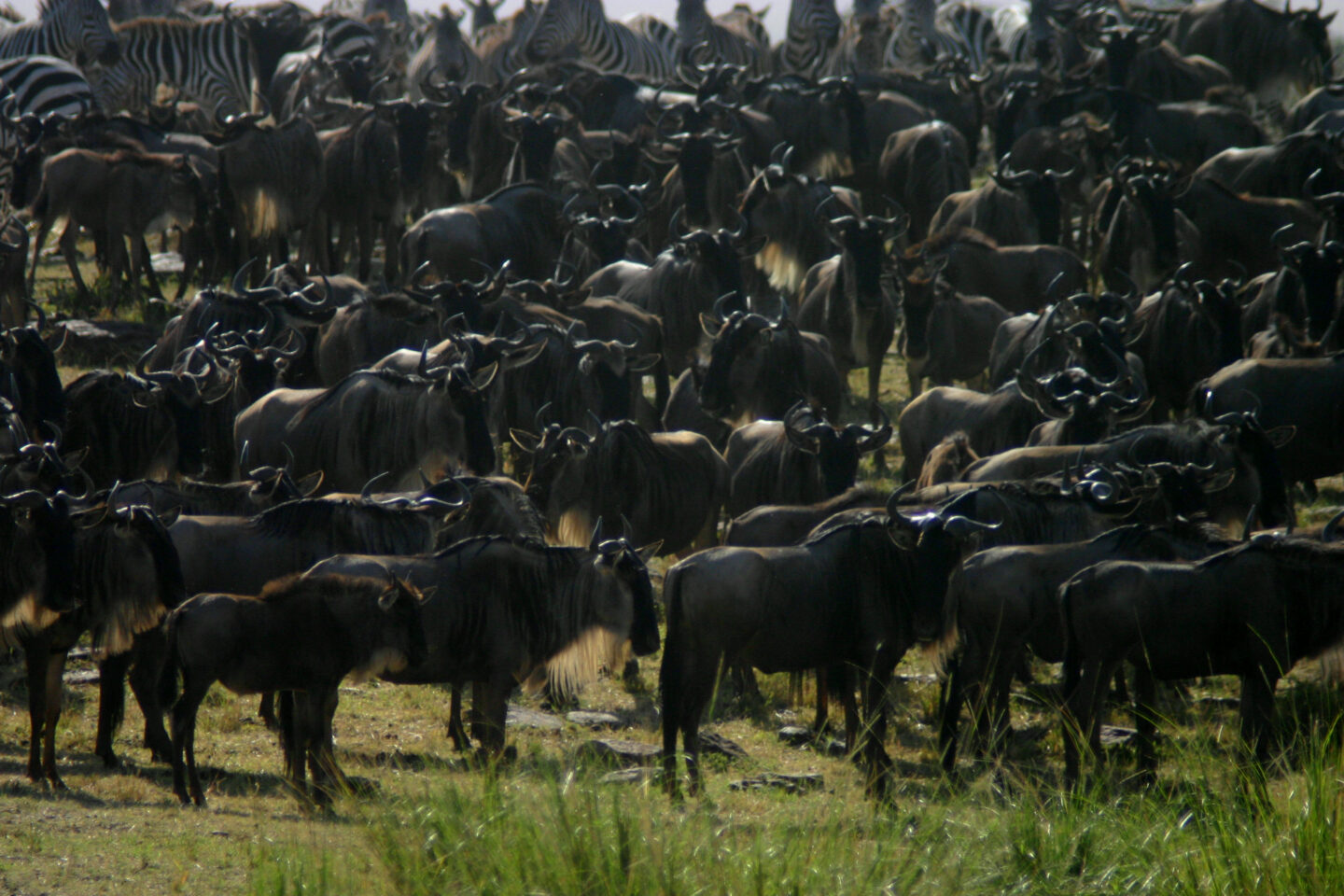 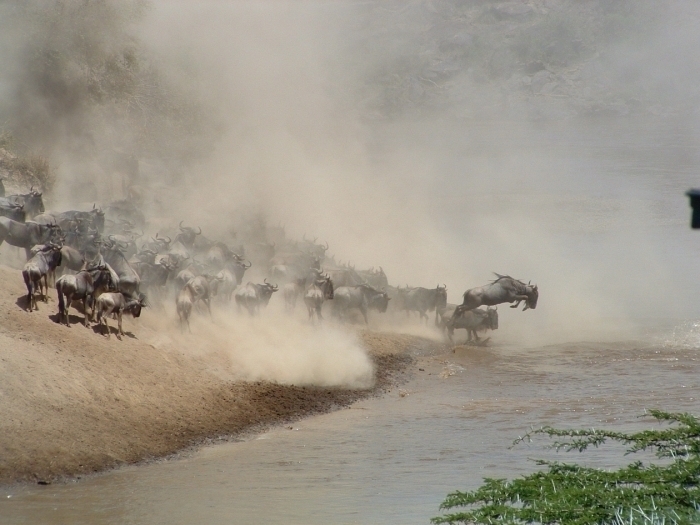 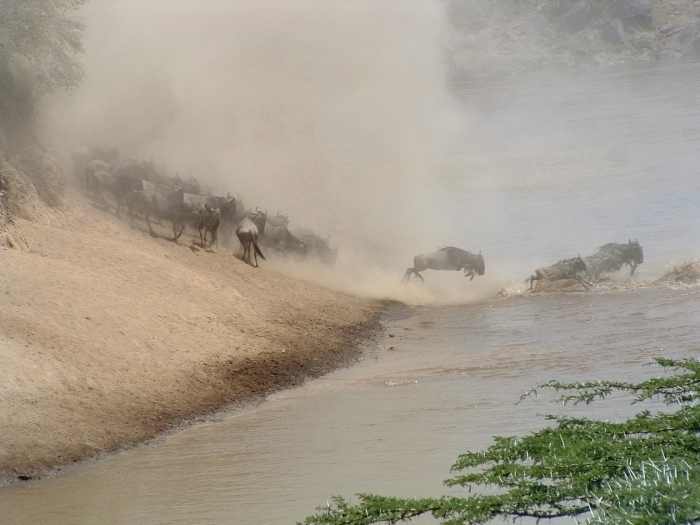 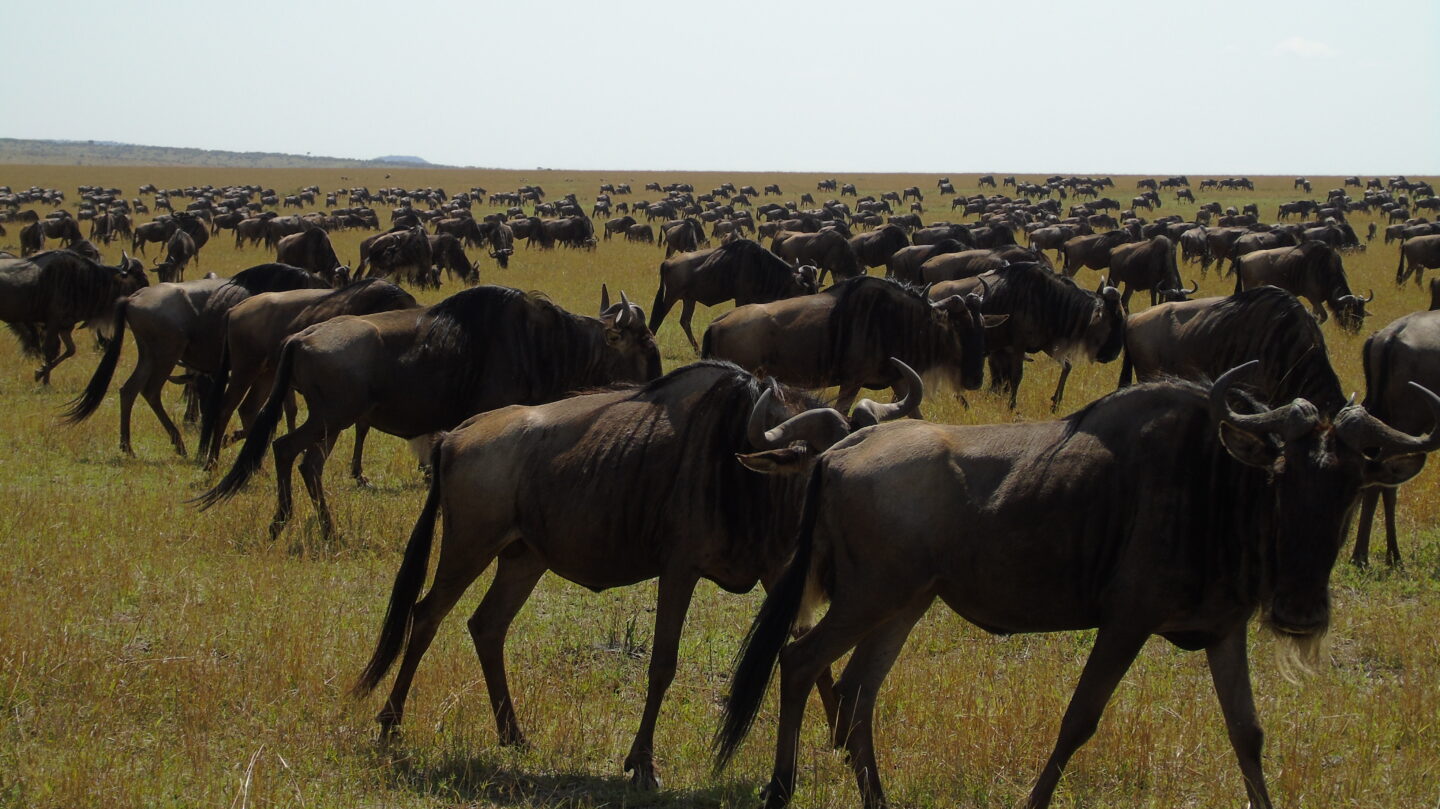 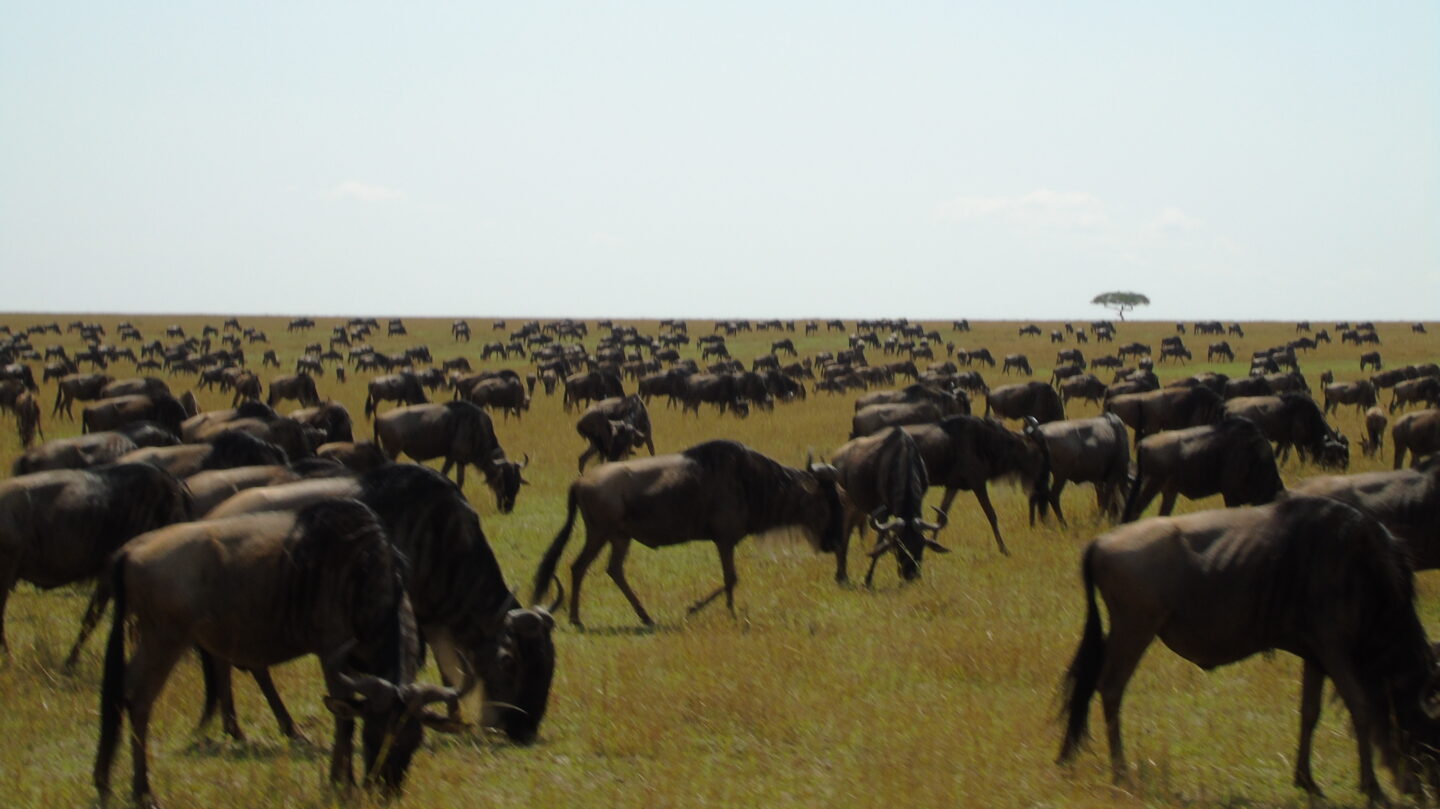 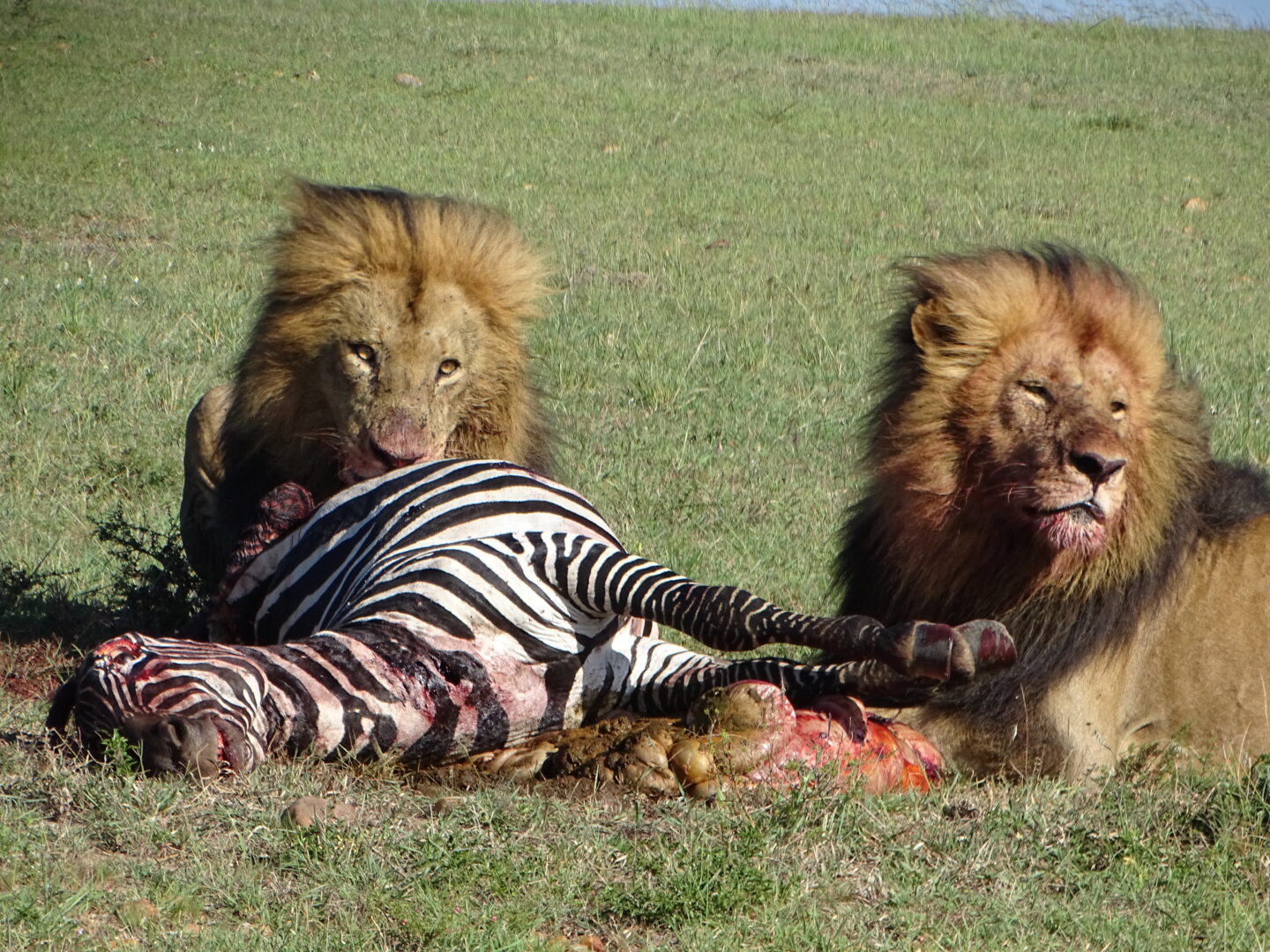 Experience 8 Days in Magical, Kenya where you begin the safari with a tour of the Amboseli National Park, located at the foot of Mt Kilimanjaro. Here the Big Elephant herds and Pink Flamingoes is a must see. Proceed to witness the annual wildebeest migration where the river crossing at the Mara River is the highlight of the tour.

You begin your Safari by arriving JKIA Airport in Nairobi, Kenya where our representative will be waiting to receive the team. (Advisable to arrive early morning). Get transferred to your city hotel for check in. Afternoon head out for a City Tour where you visit the Giraffe Center & Kazuri Beads Factory. Later head to the Carnivore Restaurant for a game meat dinner experience (vegetarian menu available). Transfer back to the Hotel for overnight. 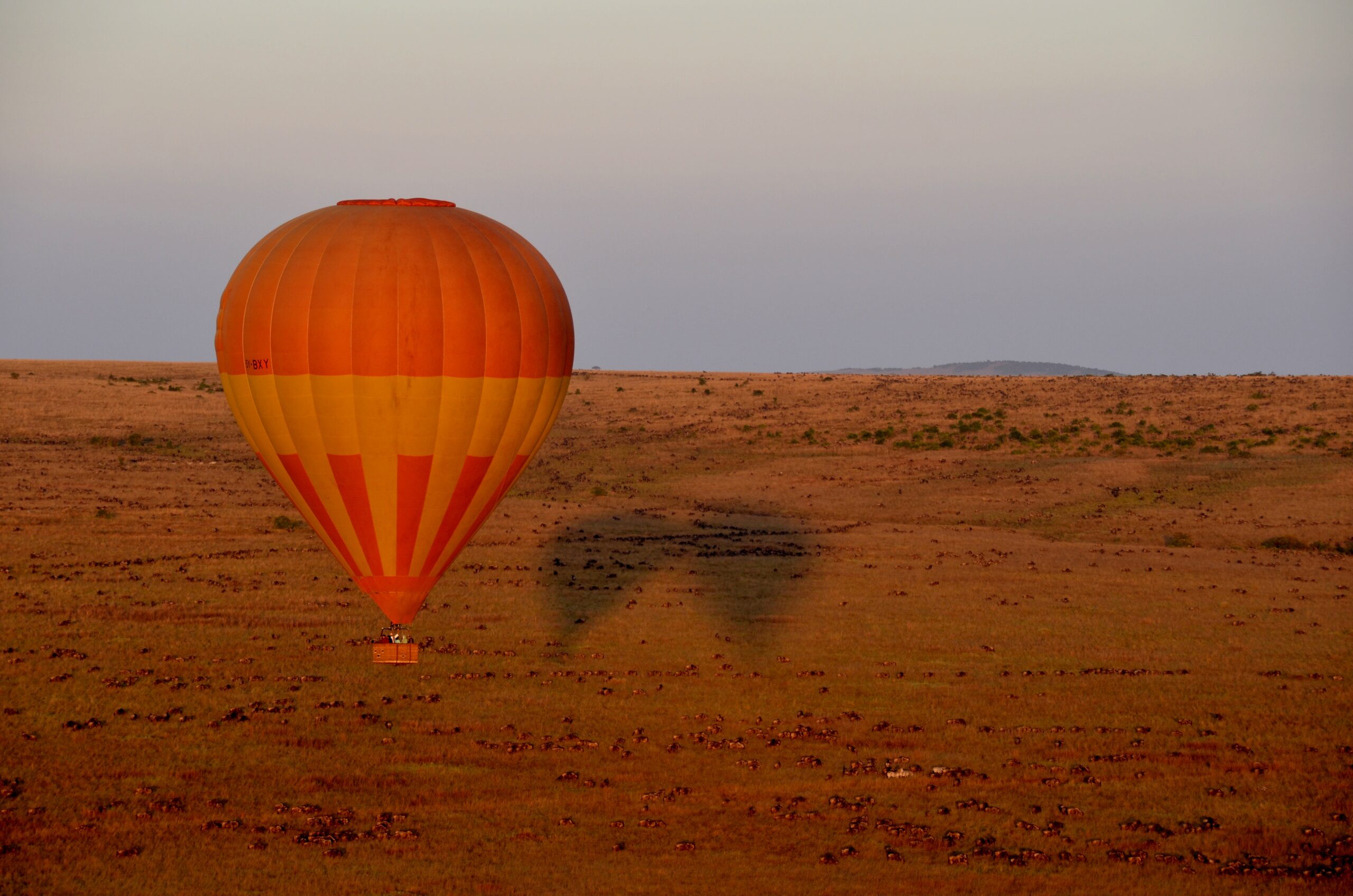 After pickup from your City Hotel, an early morning start and drive to Amboseli National Park. Check in at accommodation and lunch. Afternoon enjoy a Walking Safari at the Conservancy where you spot some of the animals around the camp and if lucky the cheetahs that roam the conservancy. We head back to the Camp for a Sundowner Cocktail at Sunset followed by a Campfire under the African stars after dinner. 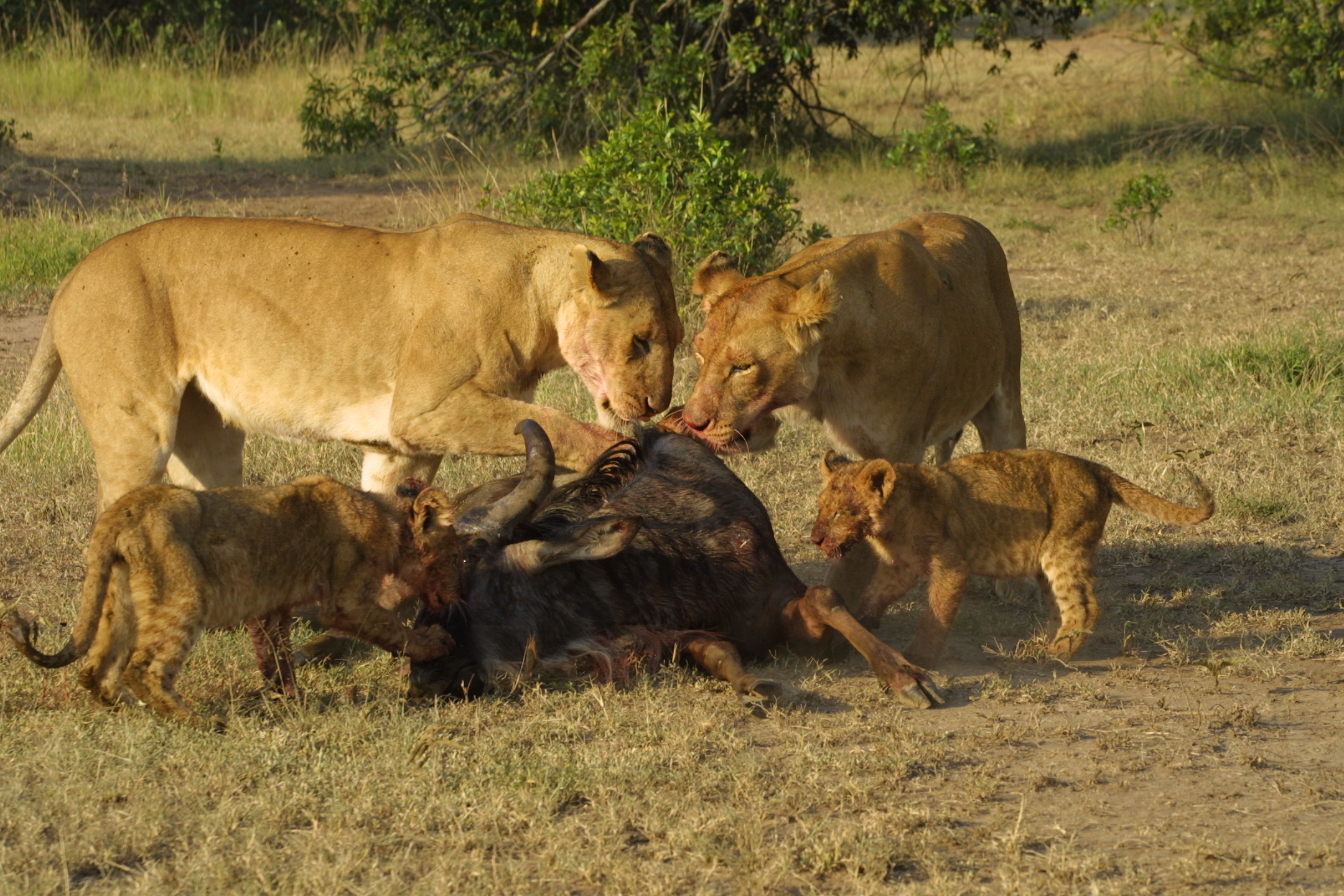 Rising early for good views of Mount Kilimanjaro before clouds build up over the summit with packed lunch provided, an optional visit to a Masai village can be planned after breakfast. A visit reveals the singing and dancing that are part of their daily lives and sacred rituals. A glimpse into their homes and social structure is a poignant experience. Despite its changing habitat, Amboseli National Park is possibly the best wildlife area in the whole of Africa to experience elephant at close range. Less harassed by poachers, elephants feeding and bathing in the swamps must form the highlights of any Safari. 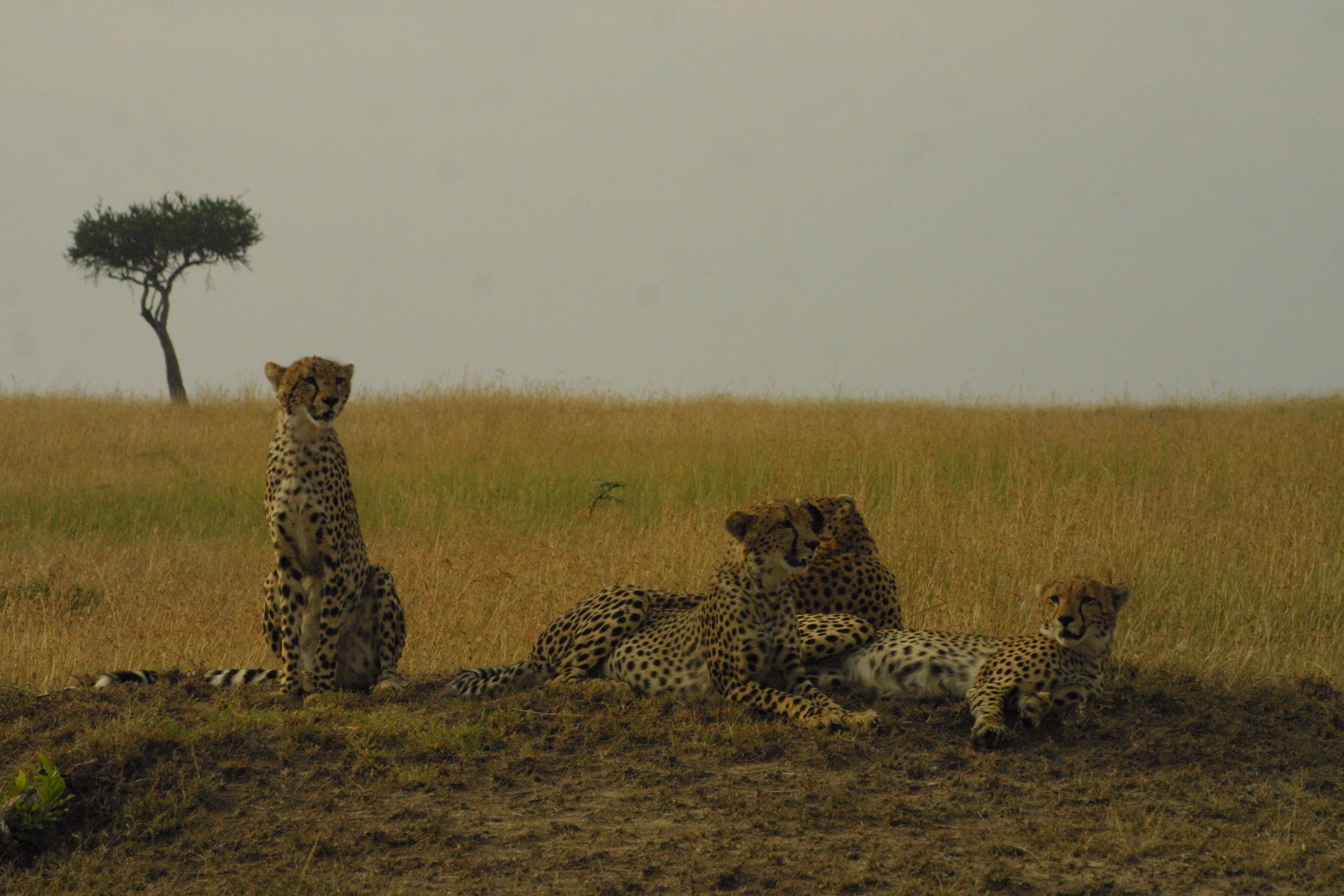 An early morning drive to Lake Naivasha, it is the highest and the most beautiful of the Rif Valley lakes. At 1910m (6200f), the water is fresh and the lake is fringed with dense clumps of papyrus (ancient Egyptian once used this to make paper). Kingfishers use the papyrus as a perch, herons hide in it while searching for food.
Naivasha is yet another area popular for bird watching (over 400species have been recorded). It is also a favorite weekend retreat for Nairobi residents, who come here to sail, water ski and fish. There are no crocodiles in the lake as the water is too cold for them, due to altitude but there are a number of hippos. Along the lakeshore, vineyards produce grapes for the country’s fledgling wine industry. 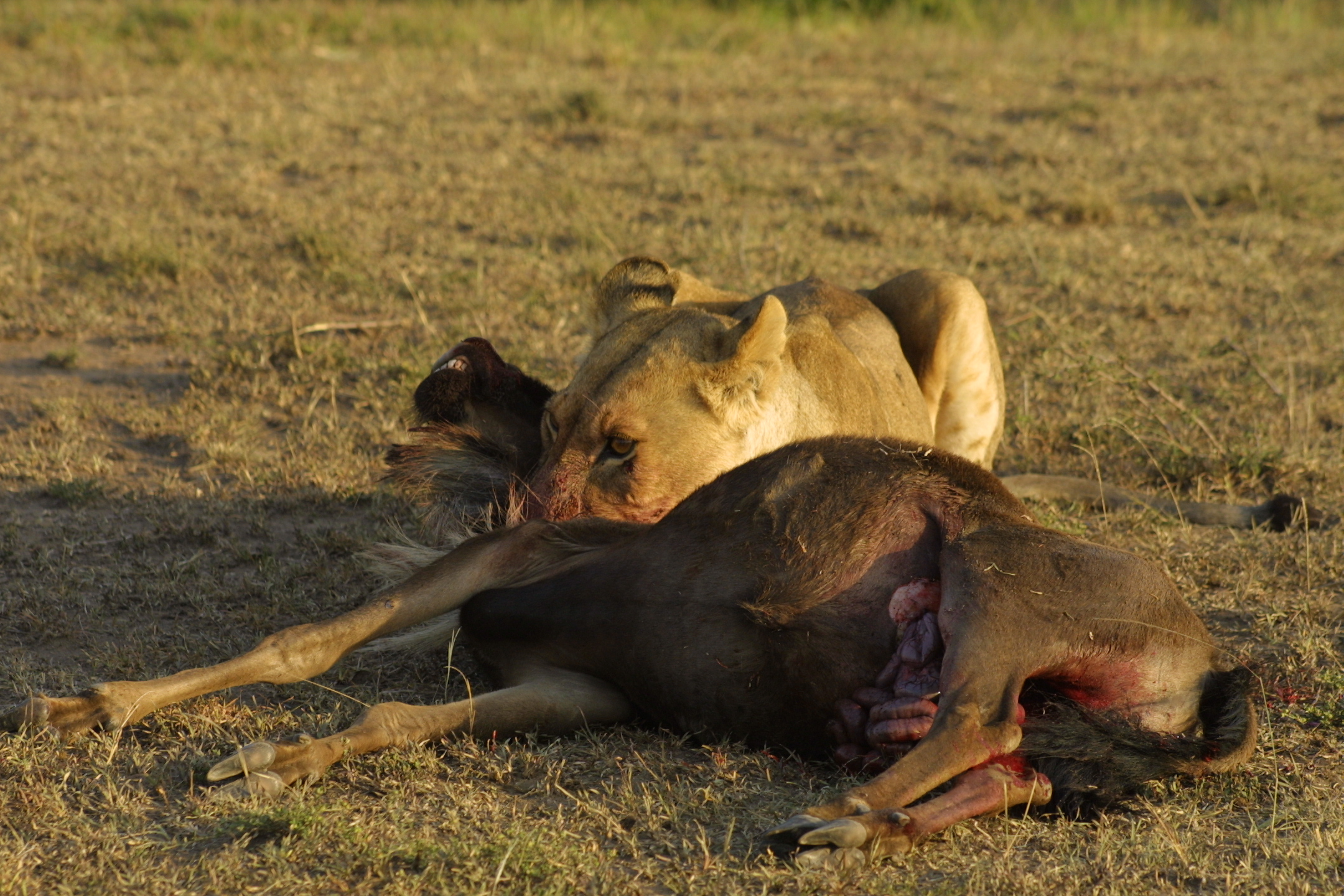 Depart early morning to Maasai Mara National Reserve. Arrive in time for lunch then have an afternoon game drive. Mara holds on as one ofthe few places le on earth where wildlife still lives comparatively undisturbed, in the numbers that once roamed the plains and forests of Africa. As the northern tip of the vast Serengeti ecosystem, the Mara hosts the spectacular seasonal migration of many thousands of Wildebeest, Zebras and attendant predators. 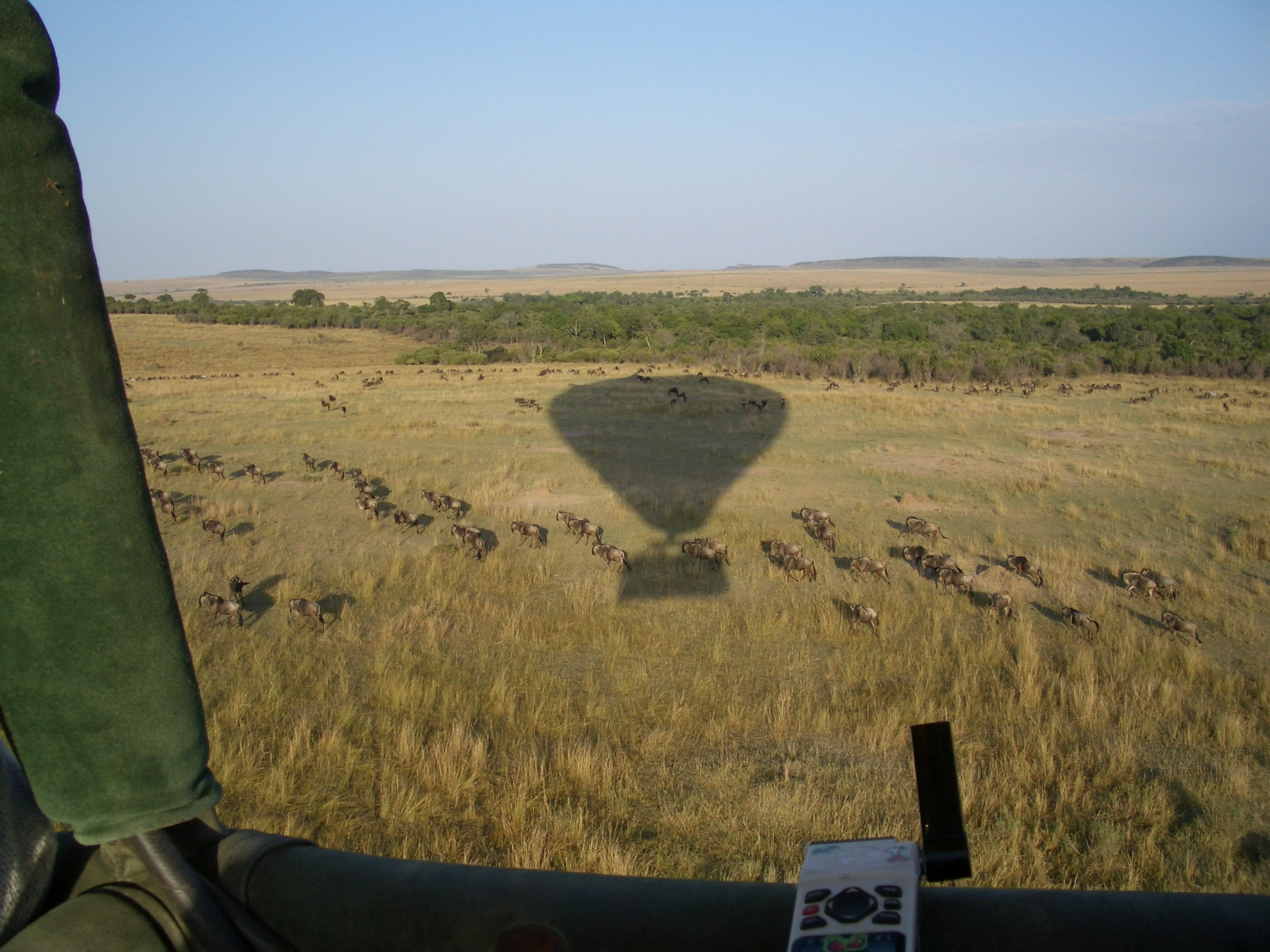 After breakfast, we have a full day game drive, with packed lunch provided. The reserve is well known for its black- manned lion, as well as its abundant resident wildlife and its one of the few places where it’s possible to see the big five during a morning’s game drive. Optional Hot Air Balloon Ride Early Morning 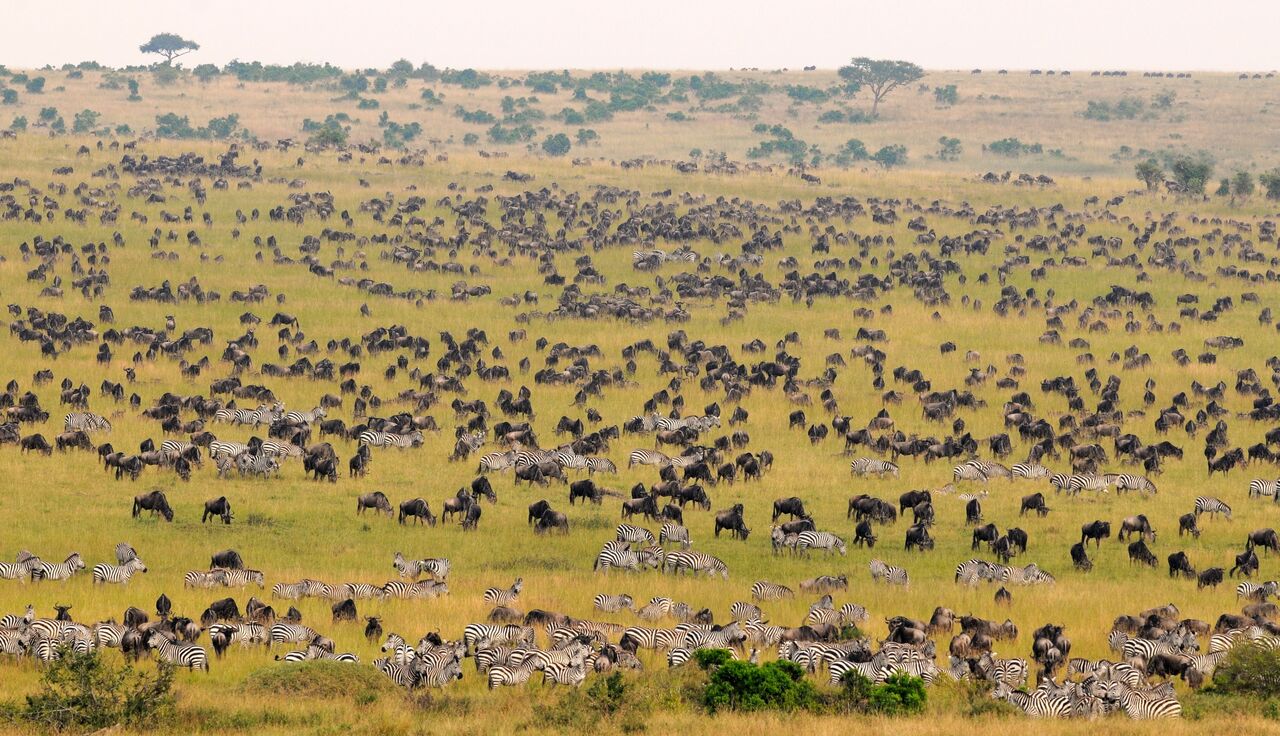 Morning after breakfast depart with an Enroute game drive. Experience a Cultural tour where you learn about the Maasai Culture at the Maasai Village. We later drive to Nairobi with a stopover for lunch at Narok. Proceed to arrive Nairobi where you are transferred to the airport for your journey home. 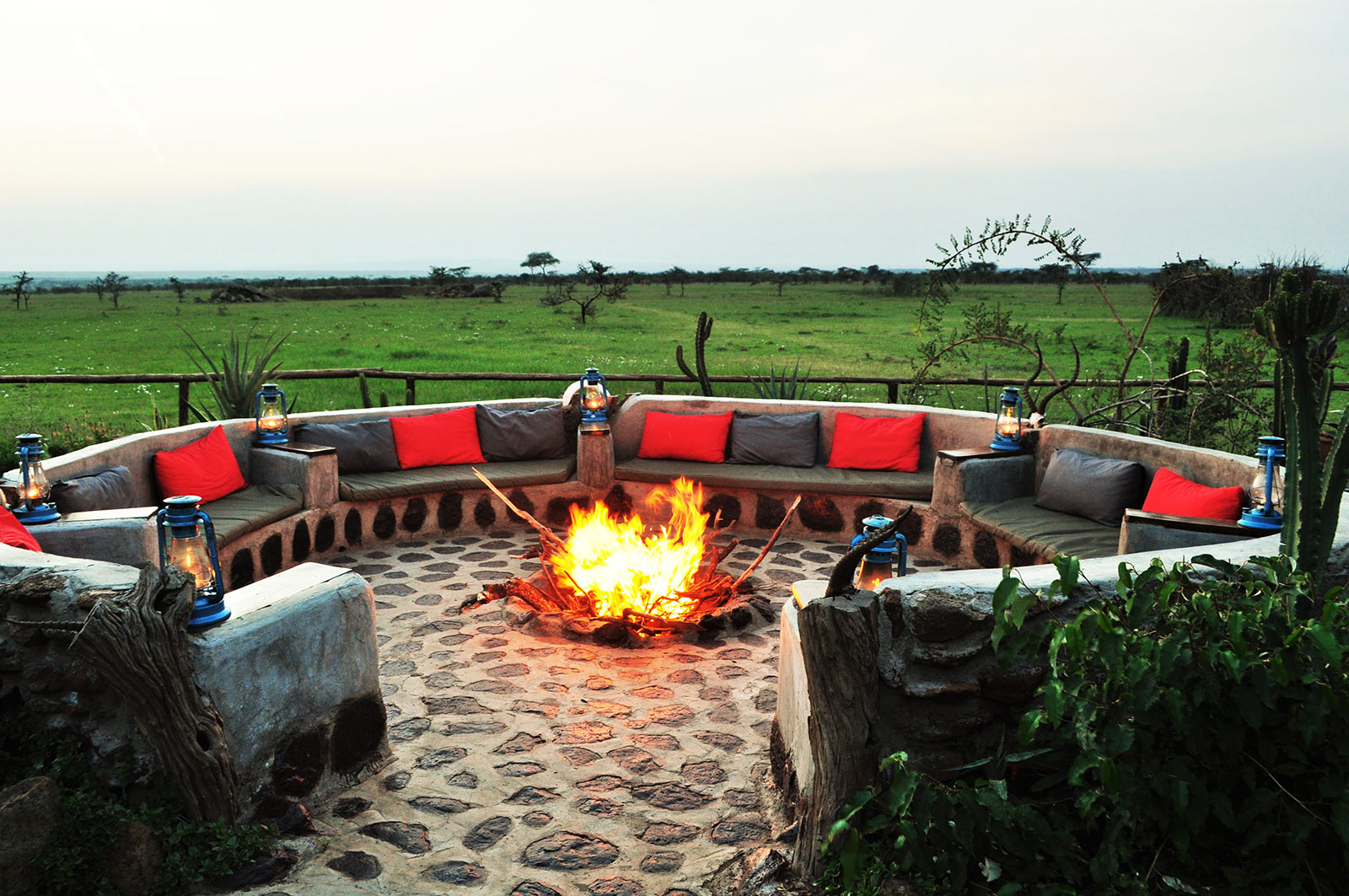 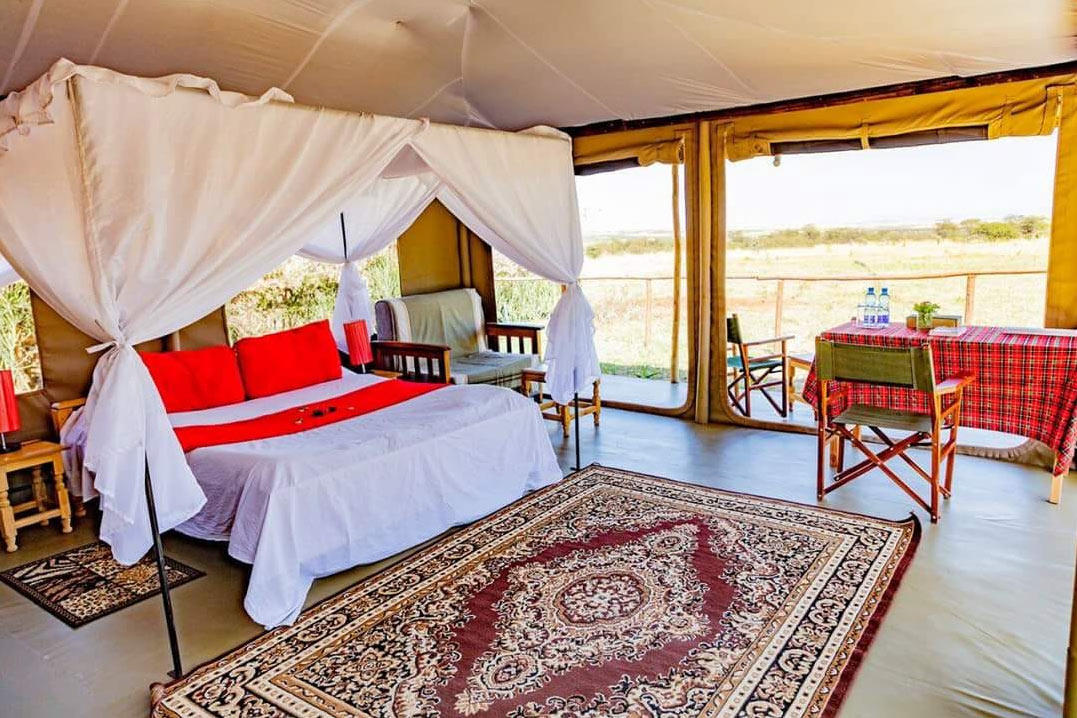 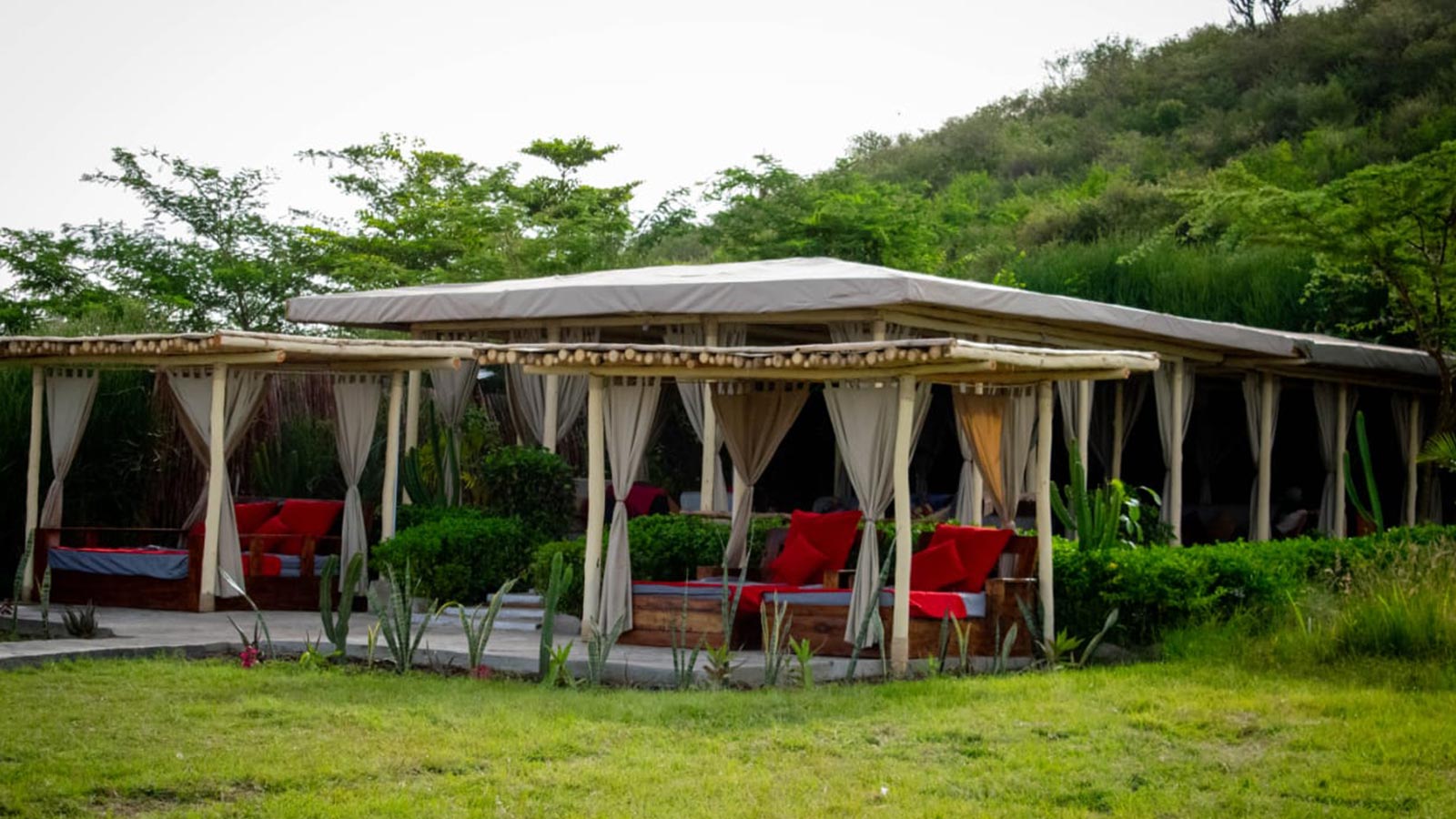